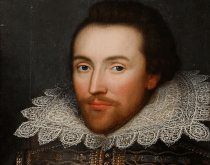 Text from Beautiful Stories From Shakespeare

Hermia and Lysander were lovers; but Hermia’s father wished her to marry
another man, named Demetrius.

Now, in Athens, where they lived, there was a wicked law, by which any
girl who refused to marry according to her father’s wishes, might be put
to death. Hermia’s father was so angry with her for refusing to do as
he wished, that he actually brought her before the Duke of Athens to
ask that she might be killed, if she still refused to obey him. The Duke
gave her four days to think about it, and, at the end of that time, if
she still refused to marry Demetrius, she would have to die.

Lysander of course was nearly mad with grief, and the best thing to
do seemed to him for Hermia to run away to his aunt’s house at a place
beyond the reach of that cruel law; and there he would come to her and
marry her. But before she started, she told her friend, Helena, what she
was going to do.

Helena had been Demetrius’ sweetheart long before his marriage with
Hermia had been thought of, and being very silly, like all jealous
people, she could not see that it was not poor Hermia’s fault that
Demetrius wished to marry her instead of his own lady, Helena. She knew
that if she told Demetrius that Hermia was going, as she was, to the
wood outside Athens, he would follow her, “and I can follow him, and
at least I shall see him,” she said to herself. So she went to him, and
betrayed her friend’s secret.

Now this wood where Lysander was to meet Hermia, and where the other two
had decided to follow them, was full of fairies, as most woods are, if
one only had the eyes to see them, and in this wood on this night were
the King and Queen of the fairies, Oberon and Titania. Now fairies
are very wise people, but now and then they can be quite as foolish as
mortal folk. Oberon and Titania, who might have been as happy as the
days were long, had thrown away all their joy in a foolish quarrel. They
never met without saying disagreeable things to each other, and scolded
each other so dreadfully that all their little fairy followers, for
fear, would creep into acorn cups and hide them there.

So, instead of keeping one happy Court and dancing all night through in
the moonlight as is fairies’ use, the King with his attendants wandered
through one part of the wood, while the Queen with hers kept state in
another. And the cause of all this trouble was a little Indian boy whom
Titania had taken to be one of her followers. Oberon wanted the child to
follow him and be one of his fairy knights; but the Queen would not give
him up.

On this night, in a mossy moonlit glade, the King and Queen of the
fairies met.

“Ill met by moonlight, proud Titania,” said the King.
“What! jealous, Oberon?” answered the Queen. “You spoil everything with
your quarreling. Come, fairies, let us leave him. I am not friends with
him now.”

“It rests with you to make up the quarrel,” said the King.

“Give me that little Indian boy, and I will again be your humble servant
and suitor.”

About the Author: Edith Nesbit was an English poet and author; She wrote or collaborated on more than 60 books of children’s literature and published her books under the name of E. Nesbit.

More Classic Tales – CKLA Supplemental Reader Grade 3 - Core Knowledge Foundation is back with more classic tales, this time tailored for Grade 3 reading levels. This classic tale compilation features The Frog Prince, The Fisherman and his Wife, Rumpelstiltskin, The Queen Bee, Rapunzel, Hanzel and Gretel, Beauty and the Beast, The Magic Paintbrush, The Tiger, the Brahman, and the Jackel, and A Christmas ...

The Story of My Life – Helen Keller’s Autobiography up to age 21 - Helen Keller’s Autobiography, written at age 22, and details her growing up, before and after meeting Anne Sullivan, and her years in formal education, both special needs education and afterwards when she was accepted into main stream education, with the help of Ms Sullivan’s translation. The book includes letters written by Helen from the age ...

Aesop’s Fables With Questions - This is a version of most Aesop’s fables for children available with questions. The awesome thing about this version of Aesop’s Fables is that it has comprehension questions for every fable at the end, and the index is hyperlinked thanks to awesome tools available in Adobe software. Unfortunately, it does not have images and text ...

My Father’s Dragon – Classic humor for elementary children - This is a classic humor for elementary children about how the narrator’s father and a friendly stray cat go in search of an imprisoned young dragon. On the way deceiving the wild animals who want to stop him or eat him, or both, with cute tricks and traps. Hilarious imagery results as the animals give ...
Spread the love
Tags: Beautiful Stories From Shakespeare, Children's Book, Edith Nesbit, free childrens book, Free Kids Books, free kids stories
Views:2384
Download Free PDF -
Downloads : 6446