Big B and Little B : Happy-face Alphabet Series 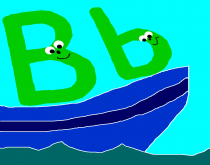 Sample Text from Big B and Little B : Happy-face Alphabet Series

Big B and Little b
wanted to buy a big
bunch of bananas.

Big B dreamt of the
beautiful
bunch of bananas.

Little b went to buy a
pair of binoculars to
help find the bananas.

Look– a big boat! It’s
heading to Barbados,
perhaps there’ll be
bananas there.

Big B and Little b found
the beautiful bunch of
bananas in Barbados! 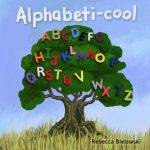 Alphabeti-cool, Painted ABCs - A B C D E F G so many letters on the alphabet tree. H I J K L M N O P spell all the words for the things we see. Q R S T U V, W’s a tricky one, then X Y and Z ! Captivate and cultivate the imagination while teaching ... 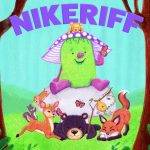 Nikeriff – Alphabet scavenge hunt - Curious but forgetful monster Nikeriff is anxious to remember his alphabet, and heads into the woods for a scavenger hunt. As he sneaks and climbs, he grabs and lassoes anything he can find from A to Z and puts them into his overstuffed wriggly sac. In the end, they bite, claw and chew their way ...

African Animal Alphabet Colouring Book - This awesome African animal alphabet colouring book contains all the animals of the alphabet from Aardvark to Zebra, many common animals and some not so common. Have fun learning the animal names and practicing writing the names in the space provided. About the Author – Shirly Erwee. Shirly is a stay-at-home-mom and lives in the ...

“Y” – A single letter book from Bo books - In a follow up to the popular We Go To Bo by Larry Baum, Bo Books provides this single letter book, Y  – did you even know it could exist? This can be great fun for children who know the alphabet and have learned the letter names, to differentiate between the names of the letters ...

The Silly ABC Book – Kaptain Uke - In The Silly ABC Book, we see Angry Apples to Kettle Kite, and a Pirate and a Parrot on a plank, Kaptain Uke, aka Mike Belgrave entertains us again with his silly alphabet. This book was originally called The Mike Belgrave ABC. Mike, aka Kaptain Uke, has changed some of the pictures and words to ...
Spread the love
Tags: Big B and Little B : Happy-face Alphabet Series, Learning to Read
Download Free PDF -
Downloads : 12252