Billy Helps Max – Book 5 from the Billy Growing Up series 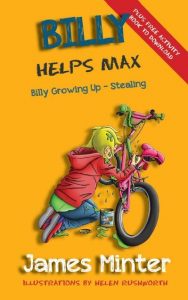 Billy Helps Max – The fifth book in the Billy Growing Up Series, This chapter focuses on stealing or theft. Taking something from someone without permission is a very bad and undesirable thing to do. Have you lost something valuable or got something very important to you stolen. It hurts and sometimes it is very hard to move on from that.

This book is aimed to children 6 to 9-year-olds, this book helps your child realize stealing is not an acceptable thing to do.

Stealing or theft is taking something without permission or payment. Almost everyone at the time of their life had stolen something, may it be as less valuable as a pen, candy, or small amount of money it is still stealing.

People who steal will feel very worried and mostly feel awkward to the person they have done this terrible thing to. What if they find out or someone had seen them. Just like in this story Max had told one of her friends that she had stolen something.

Words spread like wild fire and the news reached Billy. but instead of owning up she tried to bluff her way, but the guilt gave her away with a shaking leg as she spoke. Stealing is a crime that could get you into serious consequences no matter how little value the item that was stolen.

“Minter’s book addresses two key issues that face young children. First, there’s the temptation to steal, (and second) that of gender-related categories and the sometimes automatic assumption that (girls) would prefer to play with dolls, dress up or go shopping with her Mum than go exploring in the woods or ride her bike. Billy Helps Max is also a lot of fun to read …(and) highly recommended.” Jack Magnus for Readers’ Favorite. 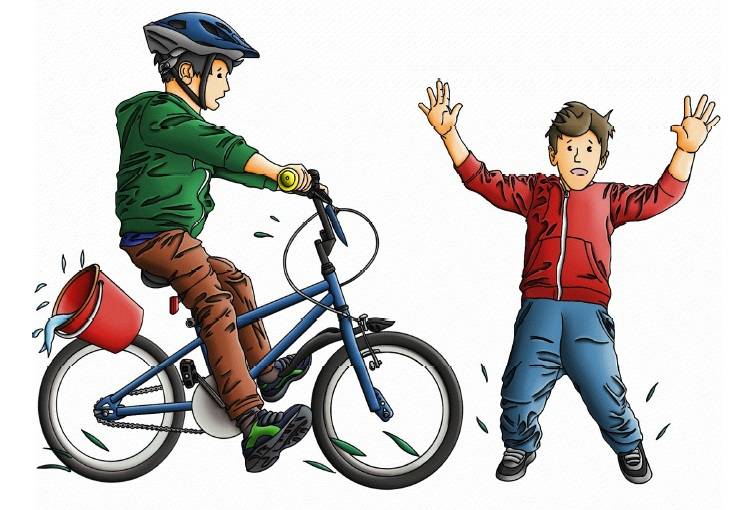 “It’s not fair!” Max said as she threw her bike to the ground. “Why won’t you let me have a go?” She stormed off.

Ant looked, first, at his sister then at his best mate Billy. Both boys shrugged as they watched her walk across the lawn heading toward the backdoor.

The boys were kneeling in Ant’s garden as they built a bike ramp out of two wooden planks—the type used by workmen when putting up scaffolding—and an upturned metal bucket. One end of each plank rested on the ground while the other rested on the bucket. It seemed like a good idea; however, every time they tried to ride up the slope, the planks toppled off.

For the umpteenth time, Ant laid the planks back on the bucket, and now he was determined to secure them in place. He hurried off to look for extra support. Reaching his dad’s shed, Ant disappeared inside. Amongst the tools, the lawn mower, and other Dad stuff, and after several bangs, clatters, and the use of words neither his mother nor Miss Tompkins, his form teacher, would tolerate, Ant re-emerged carrying four house bricks left over from the building of the garden wall.

Between strides, he announced, “This should do it.” He looked at his mate.

Billy, sat on his bike at the far side of the garden, waiting for Ant to place the bricks under the planks. After a few minutes, Ant gave him the thumbs up.

Billy raised himself off his seat and used his whole body weight to push down on the pedals. The bike lurched forward. With each rotation of the chain-wheel, it gained speed. Focussed on the ramp, and confident he would hit it square on, he went for the big one. This is it. He told himself. Ant will be so impressed. The wind blew in his face, and his helmet wobbled from side to side as he rode as hard as he could.

Ant squatted on his haunches to get a better view of the wheels striking the ramp. Since he wanted to build a slope that lasted, Ant needed to see what kept going wrong.

With both boys concentrating on the task, neither of them noticed that Ant’s sister Max hadn’t made it to the backdoor. Her anger had reached boiling point. Instead, she turned and ran as fast as she could back toward the ramp. If they won’t let me play, then they won’t play either. The thought drove her on. Max reached the first plank
with only seconds to spare. Without stopping, she kicked at the wood, sending it off the bucket and clattering to the ground.

The front wheel of Billy’s bike arrived where the jump should have been. With no ramp, he flew straight ahead, catching his bike’s pedal in the handle of the spinning bucket. The bike swung violently off course, and now Billy headed directly toward the shed. Both boy and bike might have faced total disaster if it hadn’t been for Ant crouched in between.

Ant’s instant response came automatically; he leapt like a frightened frog away from the path of the speeding bike. He rolled to a stop. Billy did not and hit the shed door with a loud bang. “Max! Why on Earth did you do that?” Ant dusted himself down before jumping up and running after his sister. She had made it to the bottom of the garden and the gate that led out into the lane behind their house.

“’Cos you said I couldn’t have a go,” she shouted over her shoulder while she ran down the hill.

“But you’re a girl, and this is boy’s stuff. Anyway, your bike is too prissy.” Ant watched her until she ran out of sight. “Where are you going?” he called after her.

Either she didn’t hear or chose not to answer. Ant turned and wandered back to Billy.

“You all right?” Ant gave Billy a slap on the back before setting about rebuilding the ramp.

See more of the Billy Growing Up series here below

See more of our books about behaviour below