Tania the Spy – Tania gets a pair of binoculars for her birthday. She plans a fun spy expedition with Tanisha. What starts out as just fun ends in a very exciting outcome. Another great book in the Tania series from Kanika G.

Sample Text From Tania The Spy:

Tania’s 5th birthday was on 2nd March 2015. Her family and friends knew about the reading club called “Bookworm Babies”, that she had started. So, she obviously got a lot of books as birthday gifts. A few people gave her art supplies and board games. Tania was very happy with the gifts but she wondered what aunt Poonam would send her. 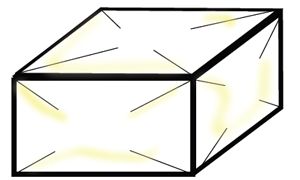 A couple of days later, a package
arrived for Tania by courier. She was
intrigued. It was the first time she
received anything by courier. She
inspected the package carefully and saw
it was from aunt Poonam. She opened it
up. Inside was a note:

Happy birthday my darling little Tania. I think you are now old enough to receive packages in your own name. Hope you have lots of adventures with this gift.

<End of Sample Text from Tania The Spy>