Tania’s Costume Party – Tania has to go to a costume party, but she can’t decide what to wear. Another great book in the series by Kanika G about the experiences of a little girl named Tania. 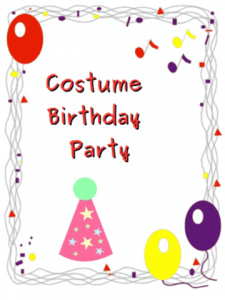 Tania’s Costume Party
Tania had just received an invitation.
It was for her friend Karishma’s birthday
party. But this wasn’t just any ordinary
party. It was a costume party!
Tania asked “Mama, what is a costume party?”